Ethnography section of the Nalšia Museum presents handicrafts and trades of the land.
The exposition starts from the agricultural part. The visitors are informed about various tools – from corn trashing tool to bread baker’s peels.
In the museum there are a few old wooden mortars. The oldest one was trimmed with an axe 240 years ago and was found in Kulniškės village.
For bread baking people used a few tools: kneading-trough, wooden paddle or spoon for dough mixing, baker’s peels for bread loaves formation.
Wood has always been the cheapest material for peasants to make their furniture, household articles and tools. The oldest things of wood are hollowed: mortars and pestles were used to crush linseeds, poppy-seeds and pepper.
As an additional to agriculture handicraft was fishing. Majority of the exposed fishing tools is old. One of such things is a fishing-basket. It was knitted of linen or hempen yarn and pulled on frames of nut-tree splinters. Old fashioned and well known all over Lithuania is fishing with harpoons. Village smiths made the most complicated harpoons; the fishermen made the simple ones themselves.

Fishes and crawfishes were fished at night. Water was lighted by coal. The catch had been kept in water until they were sold or consumed. There were made differently shaped instruments for that purpose: creels, oblong boxes of splinters or boards. Visitors may see boots for winter fishing wiven of straw ties, as well as hand made skis, dated middle of the 19 century.
Quite different tools were used in daiyring. Producing of diary produce and its processing lasts whole year. Earthenware pots and jugs were used for milk preservation and souring. Tin and earthenware vessels with glass window and little tube in the bottom were used for sour cream. Cheese was pressed in cheese-presses.
Half of the ethnography section hall is dedicated to flax way.
Flax is the oldest textile fiber not only in Lithuania but also in other countries. Processing of the fiber was long and tiring work: flax sowing, weeding, laying, drying, breaking, scutching, combing, spinning, preparing of yarns and at last weaving. Flails were used for thrashing. Fiber was obtained from soaked and broken flax stems. Flax-brakes were made of oak, birch or ash-tree. Then the fiber was combed by brushes with hard wooden teeth and after by brushes with iron teeth. Sometimes there were used brushes of bristles.
The oldest spinning tool is a spinner, which was changed by spinning wheel in the beginning of 19 century. There are exposed different carved spinning tools in the Nalšia Museum. In carved decorations dominate geometric ornaments: circles, filled by cuts and segmental stars. Horizontal spinning loom started to be used in 19 century.
In ethnography hall you may see famous Labanoras bagpipes made in 1863 in Labanoras village.
Saddlecloths used for covering of cart’s seat, horse back and passengers’ legs are finishing the ethnographic exposition. The saddlecloths are embroidered with monograms and date of manufacturing. The edges of the saddlecloths are decorated with fringe of multi-colored woolen threads. 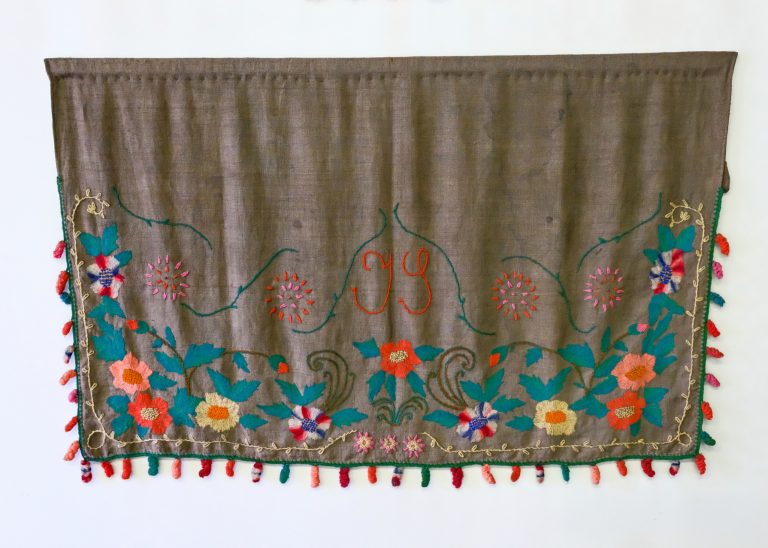 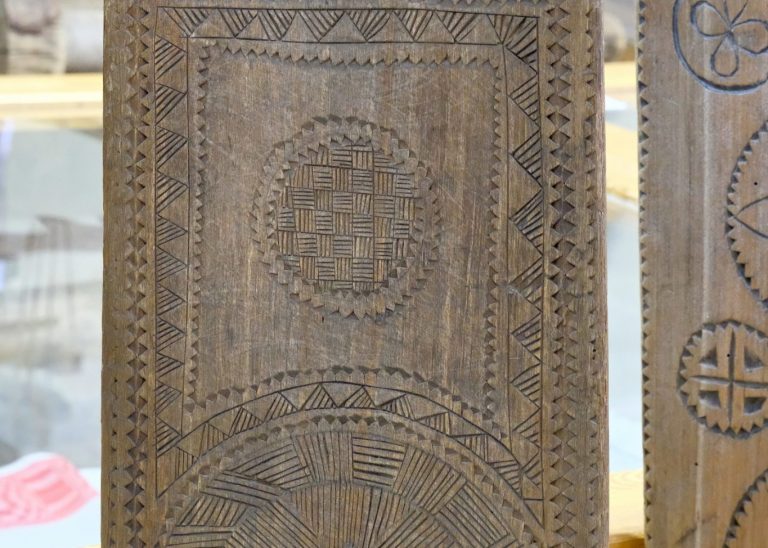 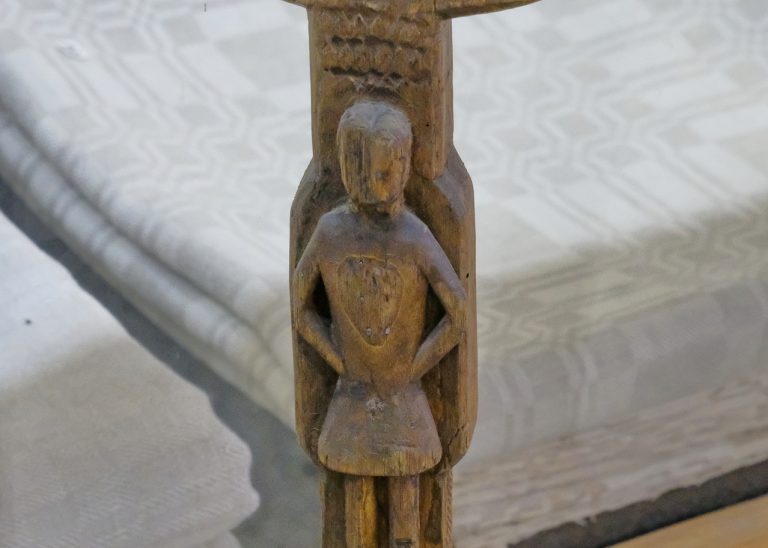 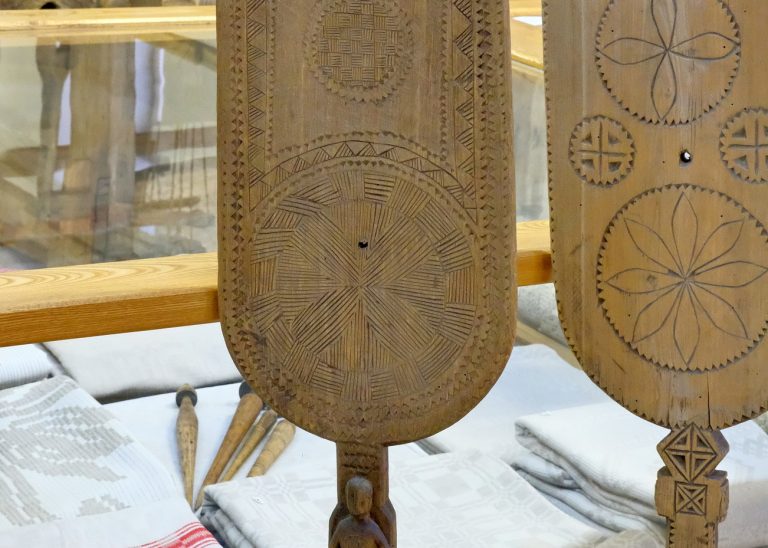 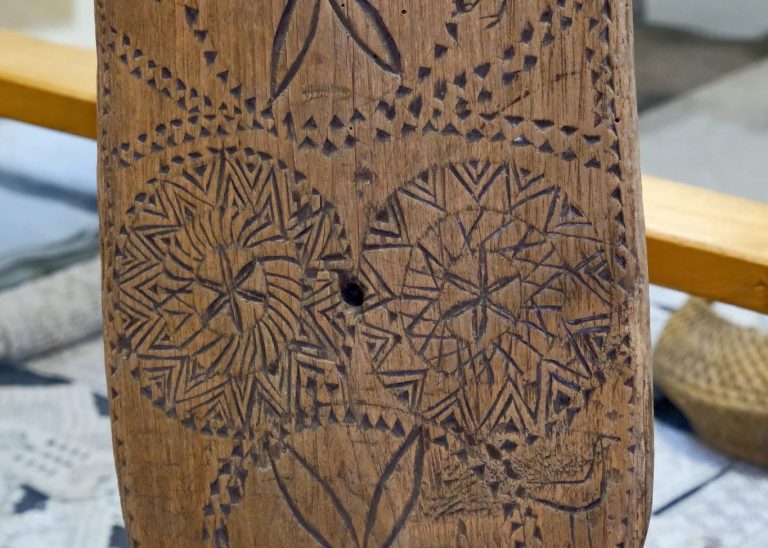 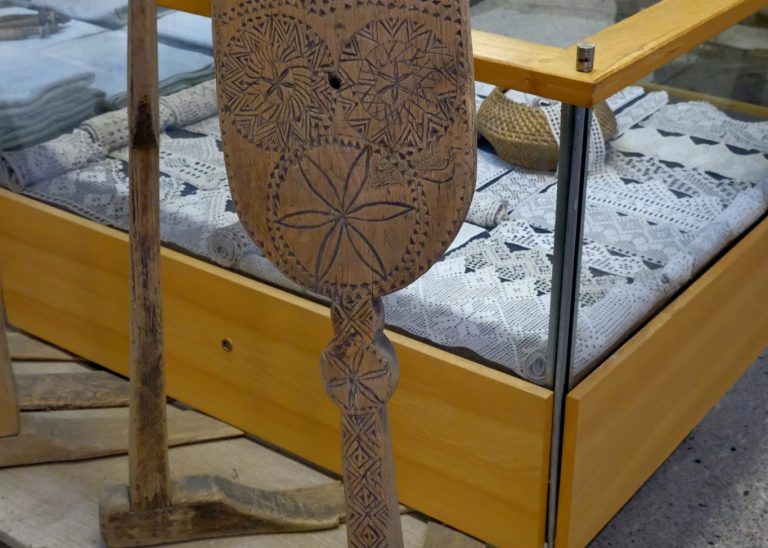 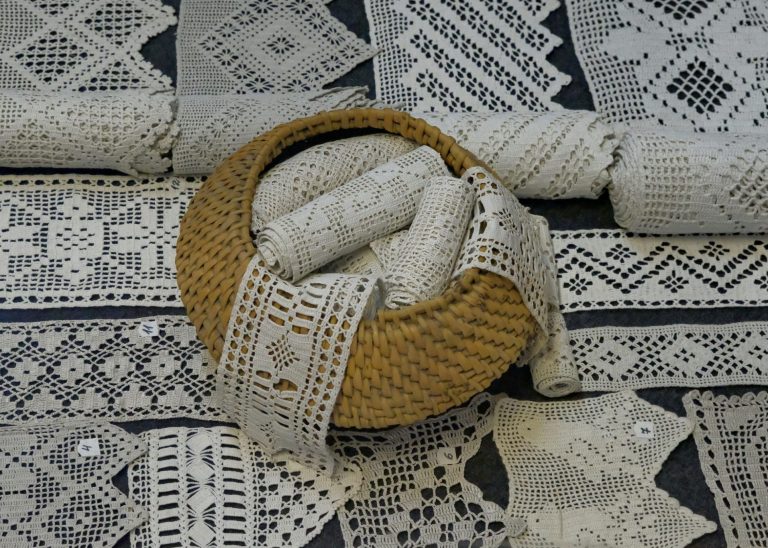 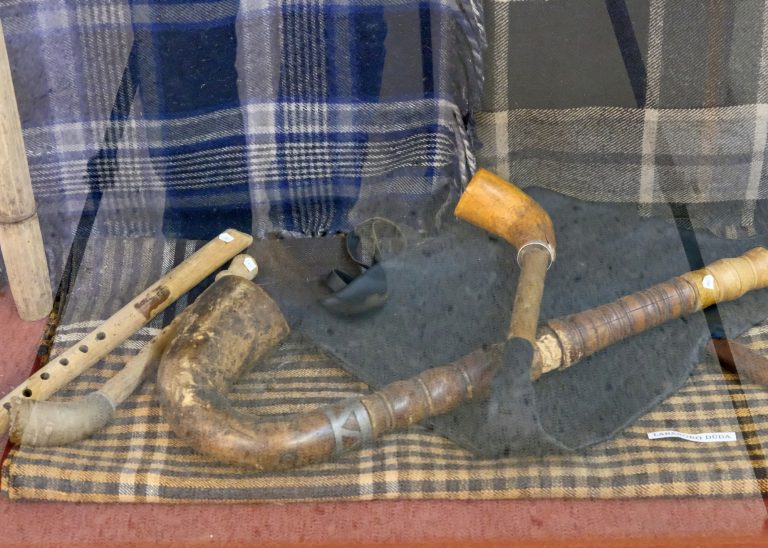 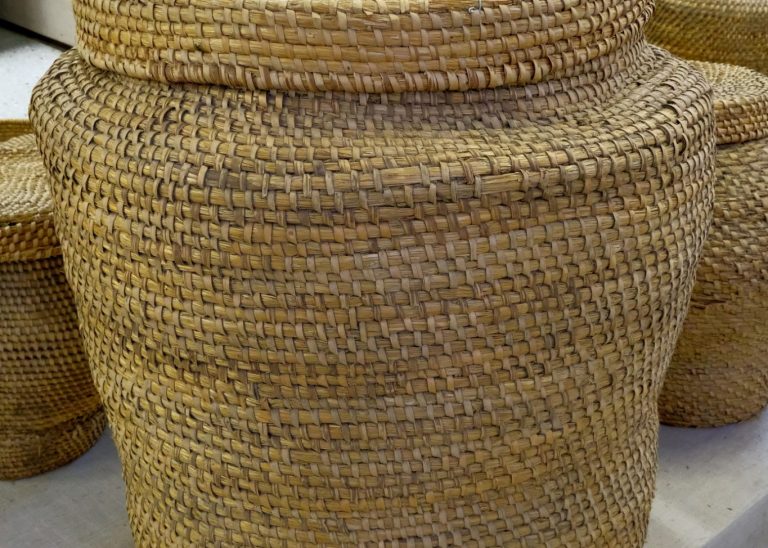 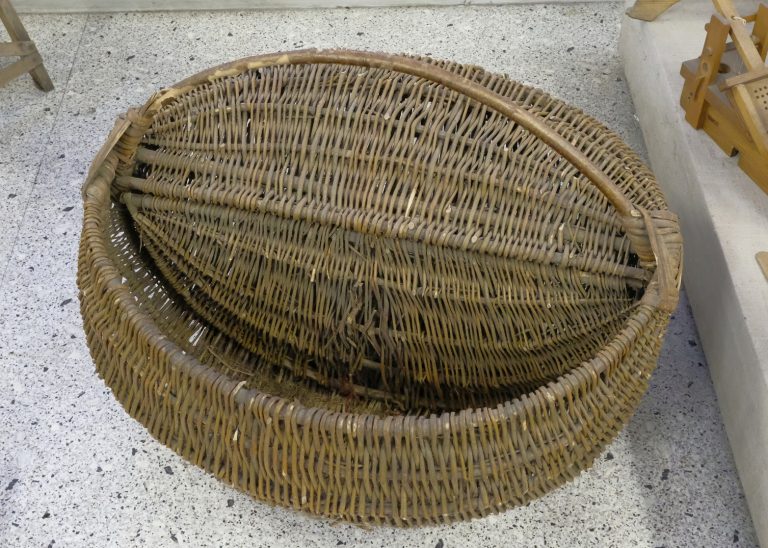 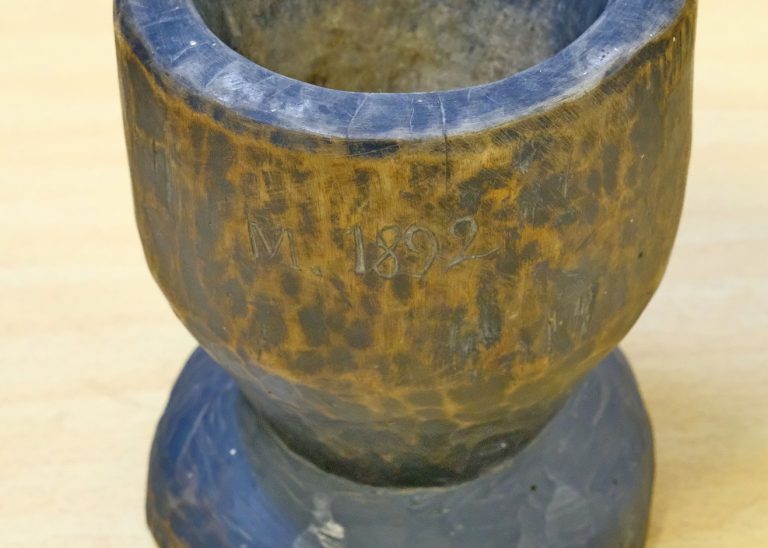 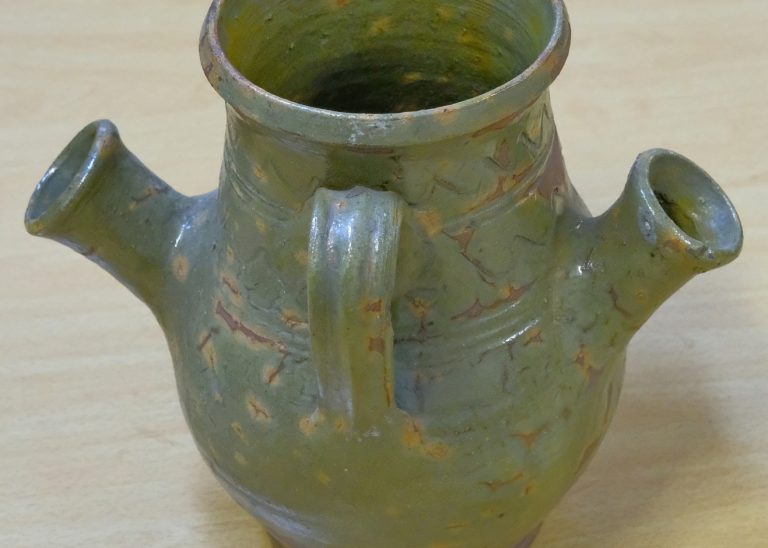 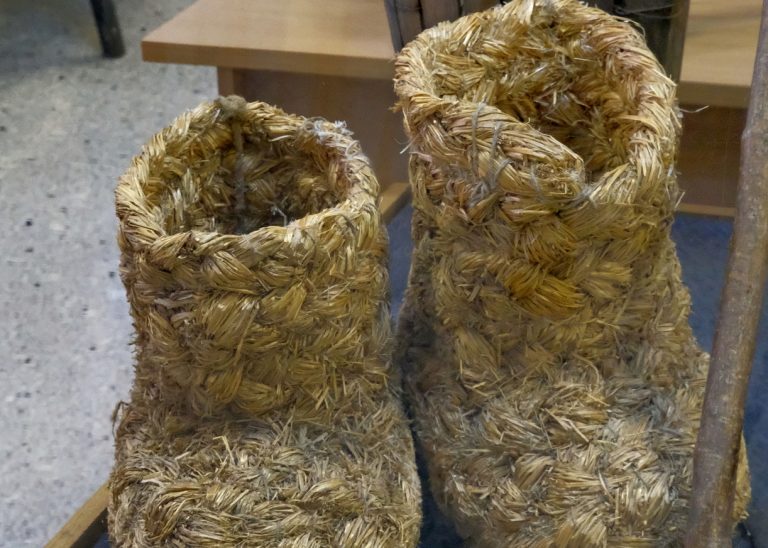 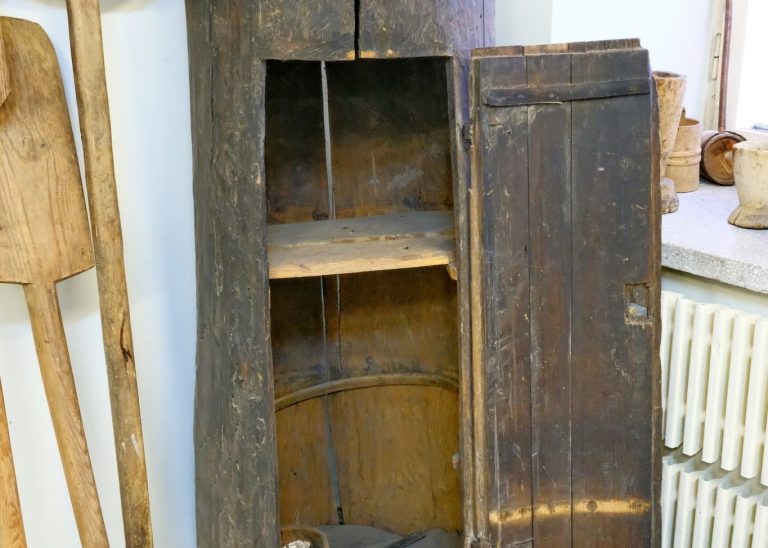 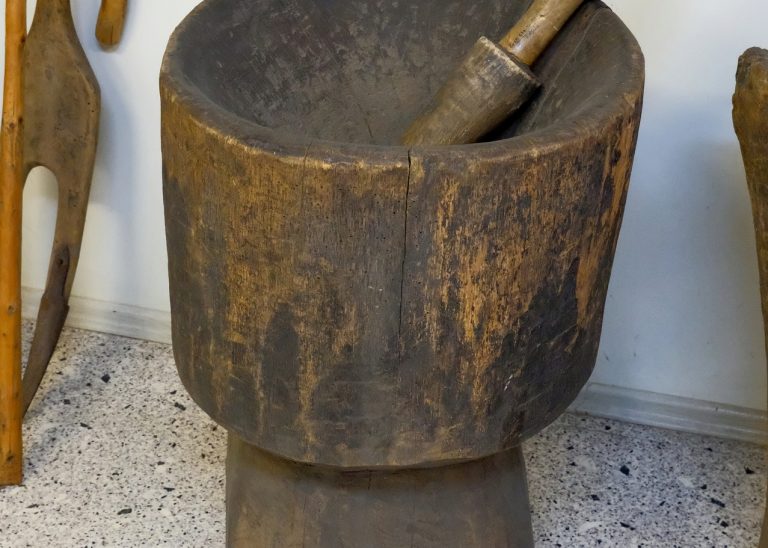 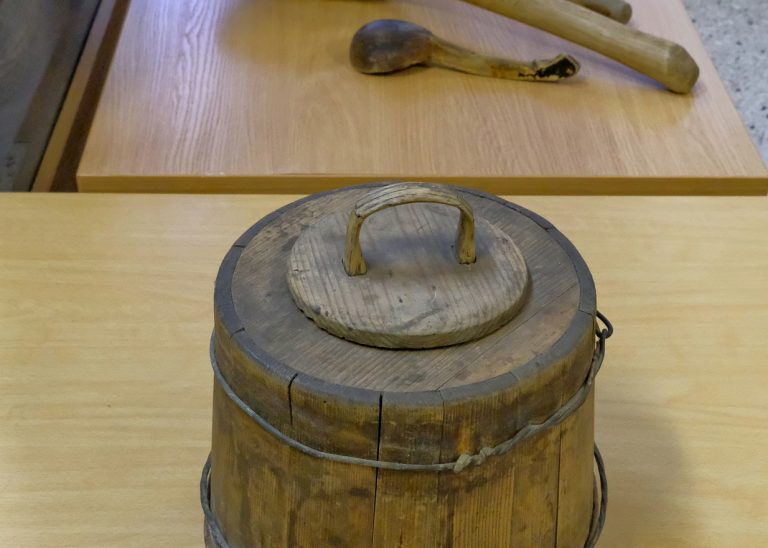