When the Ethnographic museum of Švenčionys was opened in 1945, the first museum’s exhibits were different archaeological objects.
The archaeology section is the richest in the museum, there are approximately 18 000 exhibits in this section.
The most abundant collection is from the exploration of the first settlement of lake Kretuona. The Nalšia Museum pile up material from exploration of this settlement from 1978 until this year (archaeological researches are made by ….A. Girininkas) and cover period from the Early Neolithic until the Upper Bronze Age. Ceramics collection is the most plentiful.
Another rich collection is from other explorations of the Stone Age settlements: Pakretuonė, Kretuonių village, lake Žeimenys – Kretuonėlė (Švenčionys region), Kukutėliai, Birvėtos (Ignalina region).

Since 1992 the Nalšia Museum have started accumulate objects from the Stone Age.
Separate collections group consists of accidentally obtained exhibits of archaeological origin. There is no information about the place where they have been found or the information is inexact.
In the temporary exposition of the archeology section (prepared by archeologist Vidas Semėnas) there is presented period from the Mesolithic (VIII thou. B.C) until the Upper Iron Age (13th century). The available archeological material allows showing the former European cultures and their reciprocity on basis of local samples.
In the show-cases, dedicated for the Stone Age exhibits, there are maps with spreading of the Mesolithic camps and the Neolithic settlements in European territory, lake Kretuona district (Švenčionys region); typical inventory of different cultures characteristic for that period: arrow tips, axes, cutters and etc. In the East Lithuania the Mesolithic period monuments are mostly founded in Švenčionys and Vilnius regions. These monuments belong to culture of Kunda. The big influence to this culture in the East Lithuania made Maglemoze, Kungemoze and the Mesolithic culture of the Nemunas.
In the Neolithic period revealed the Narva culture for which is characteristic abundance of articles made of bones and horns.
One of the show-cases is dedicated for evolution of ceramics. The oldest ceramics articles founded in the settlements of Lake Kretuona are dated the Early Neolithic (4800/3500 – 3500/2900 B.C), they belong to the first settlement of Lake Kretuona and present the culture of funneled cups.
There is also presented plentiful material about Kretuona 1C settlement (the Upper Bronze Age 1600/1400-1400/1100 B.C) (exploration of Dr. A.Girininkas).
The separate show-case is dedicated for the Stone and the Bronze Age people spiritual life. There are showed such objects as beast teeth, fangs, amulets wore by hunters, anthropomorphic masks and zoomorphic objects for worshiping of ancestors’ cults.
Two show-cases present periods of the Iron Age. There is shown latest material about burial mounds culture of the East Lithuania. 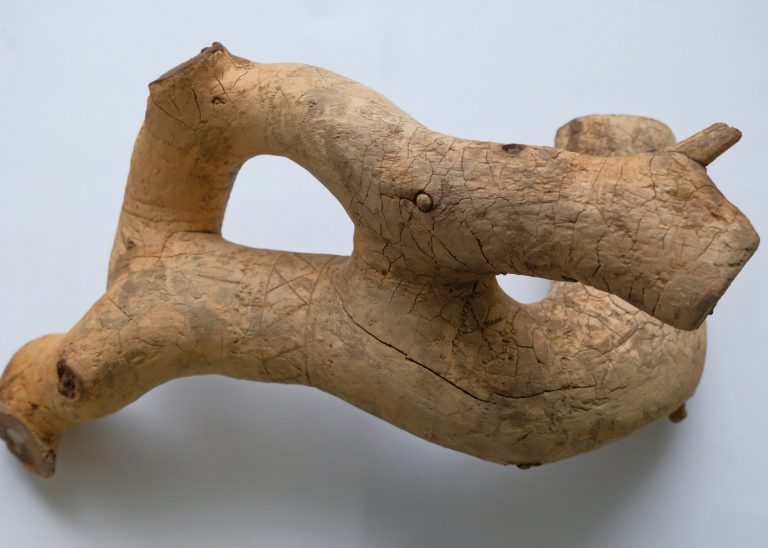 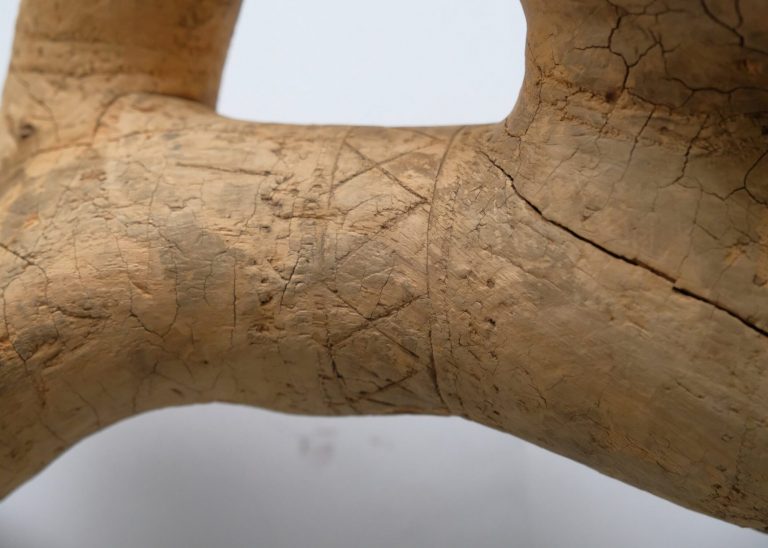 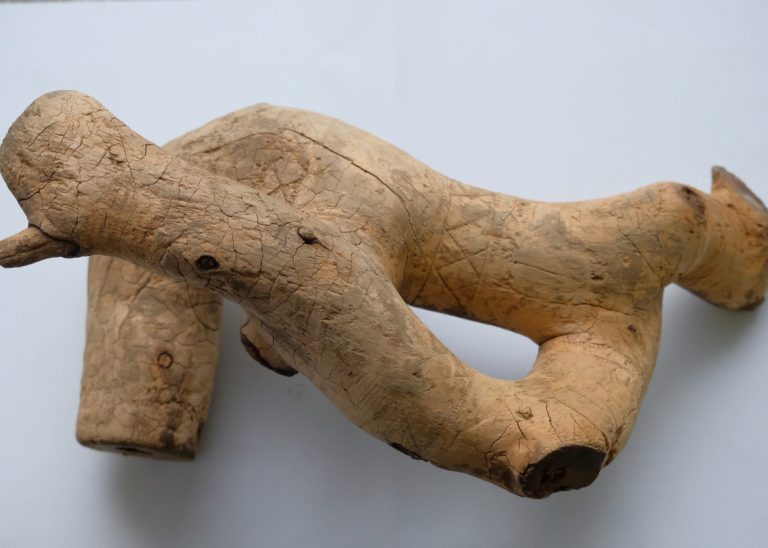 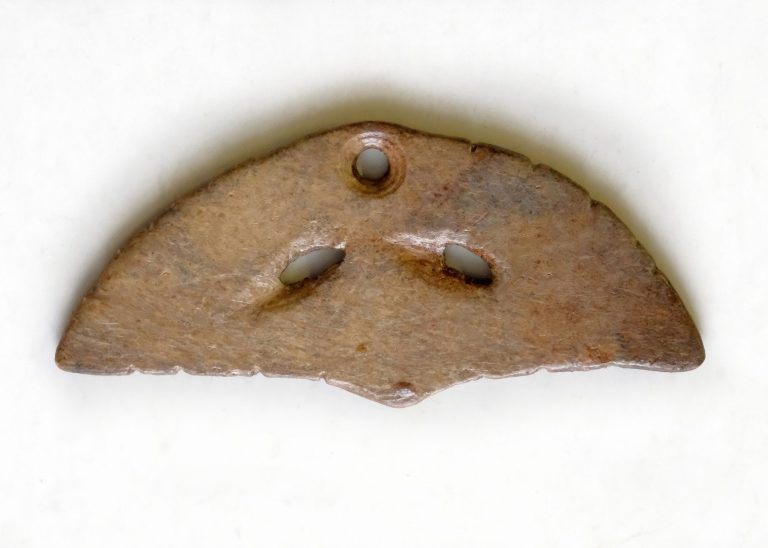 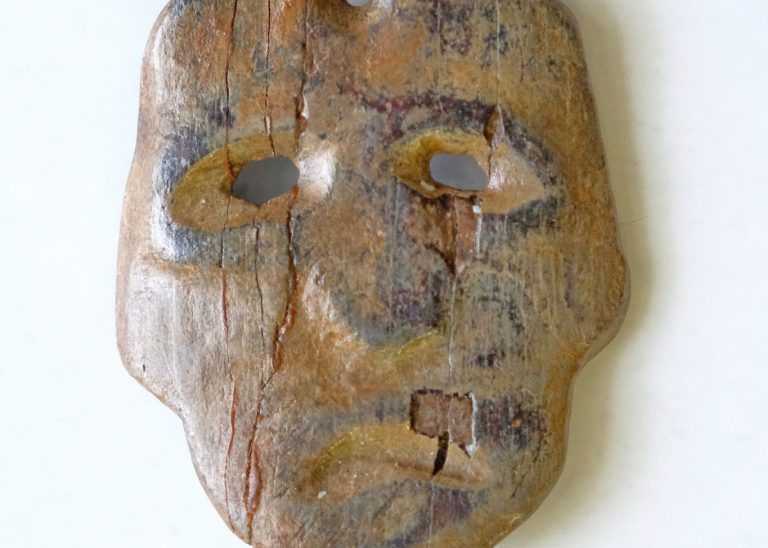 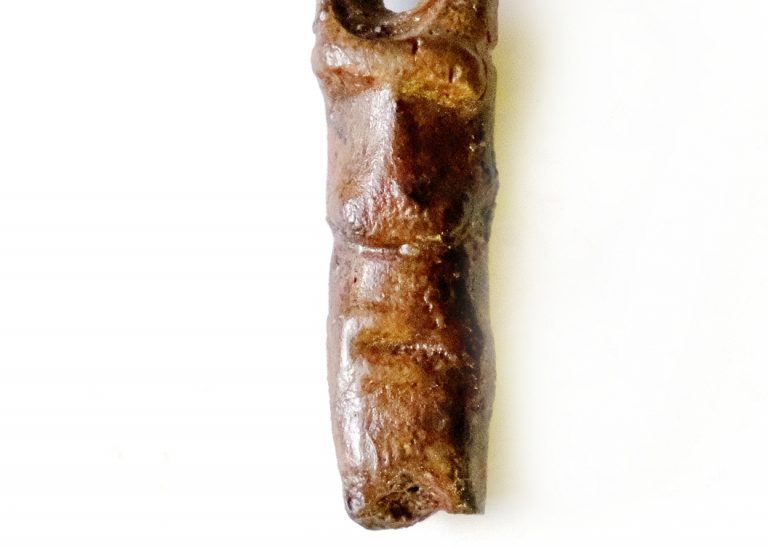 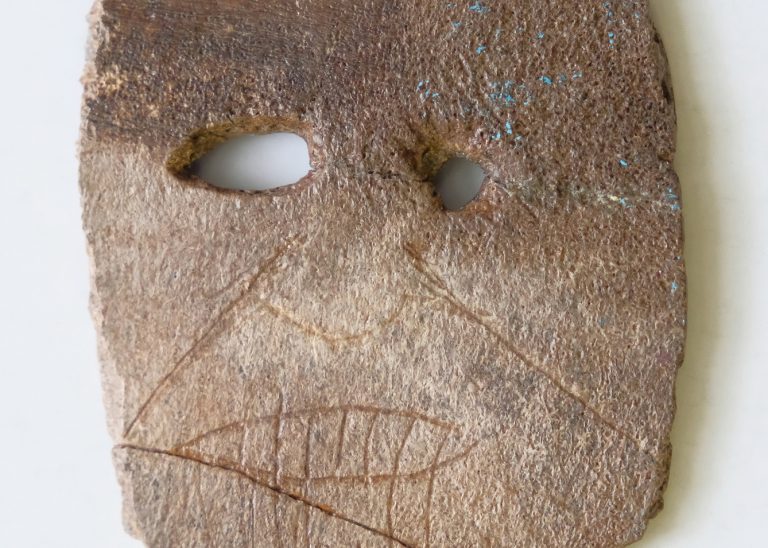 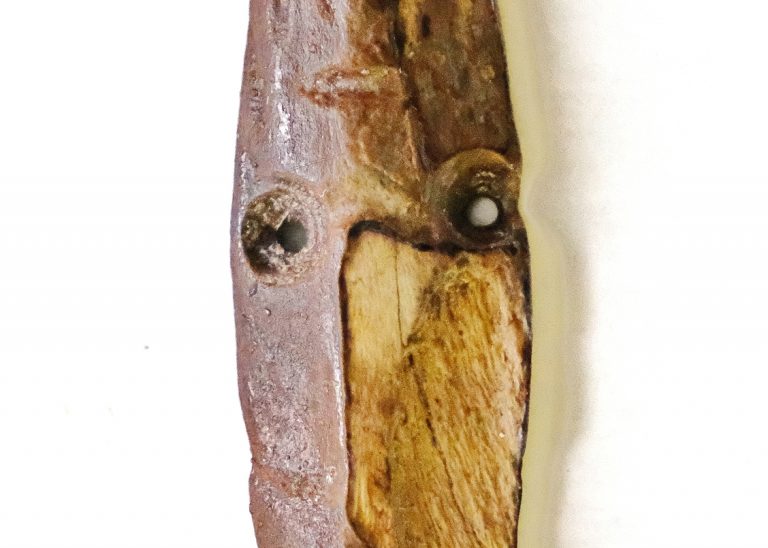 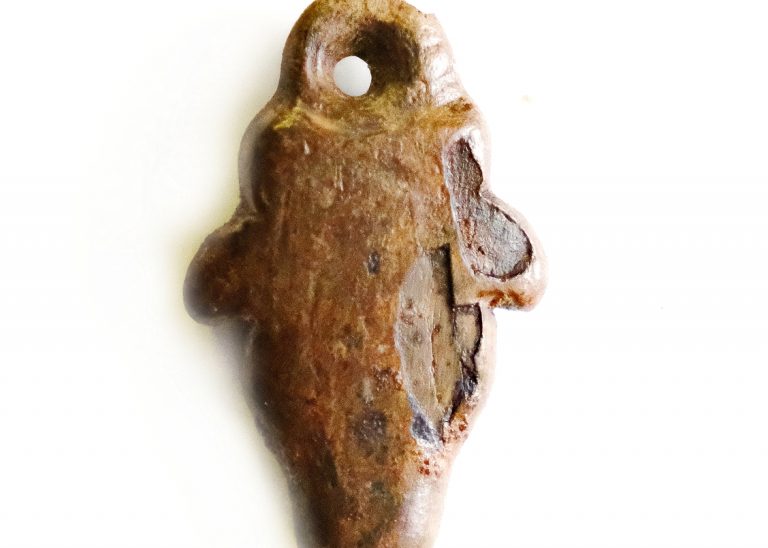 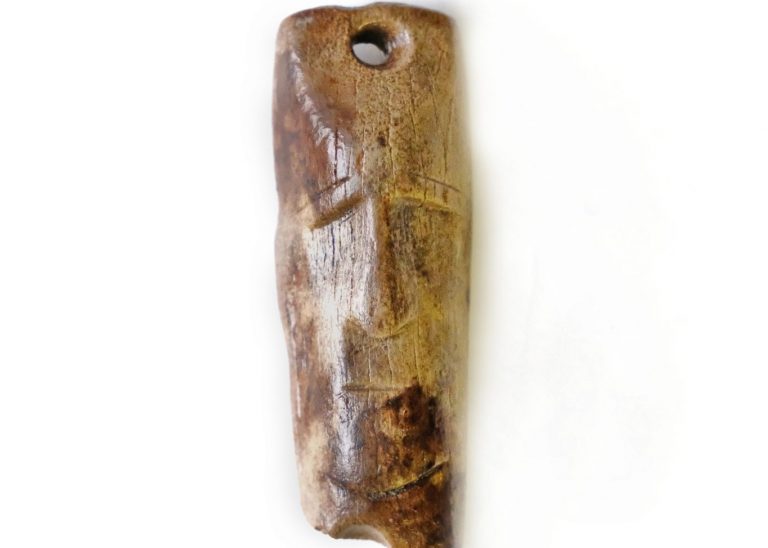 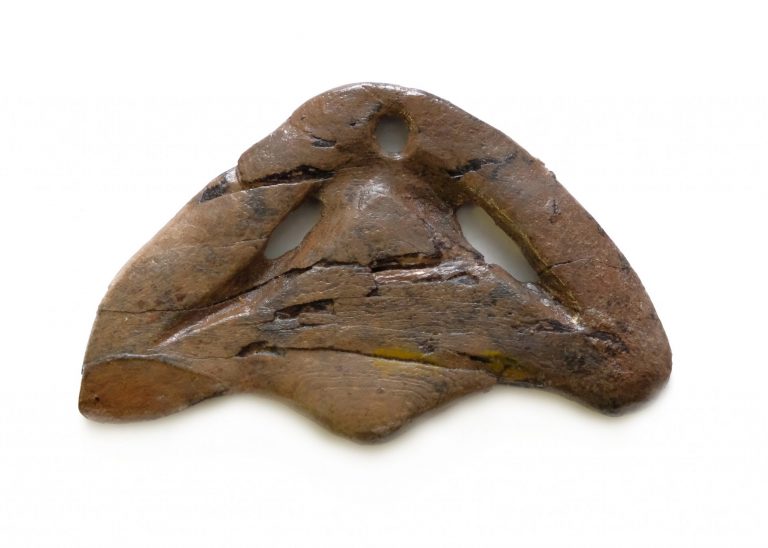 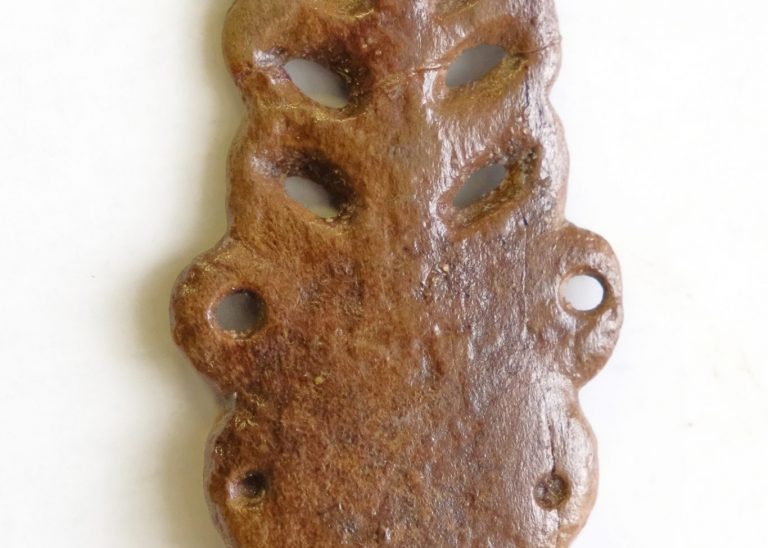 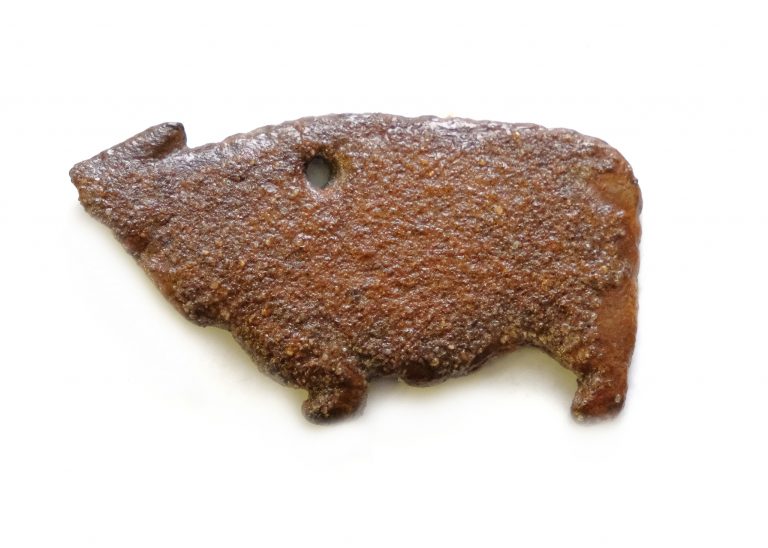 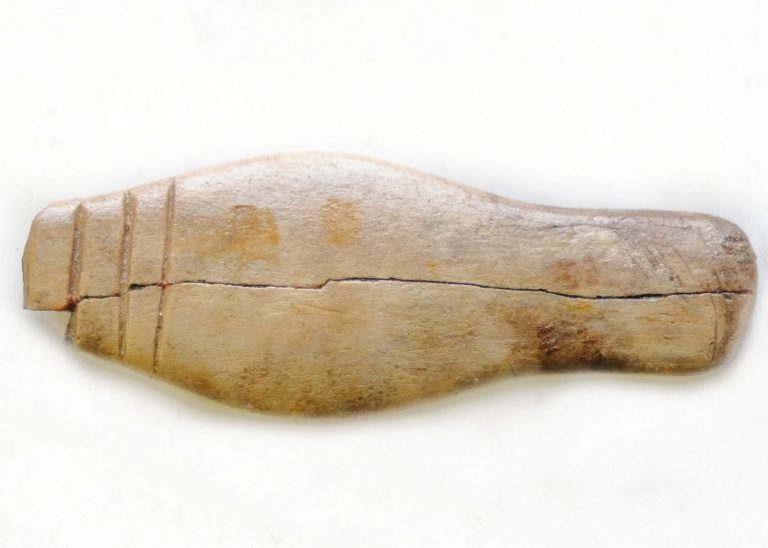 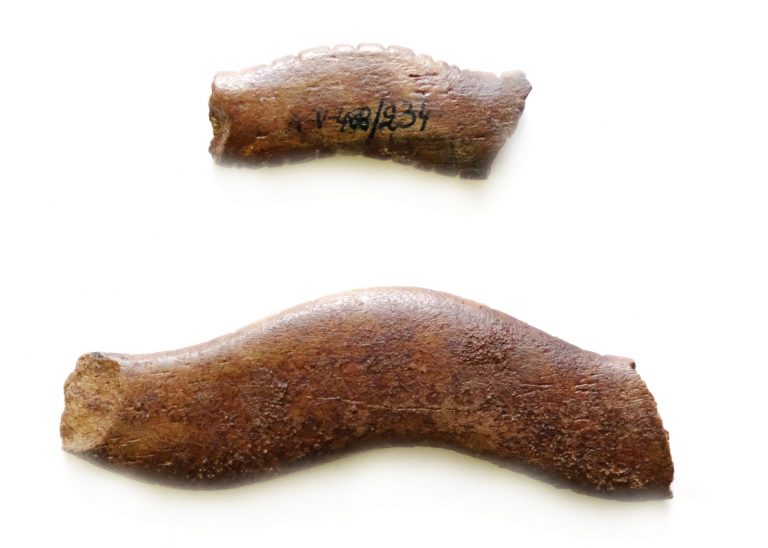 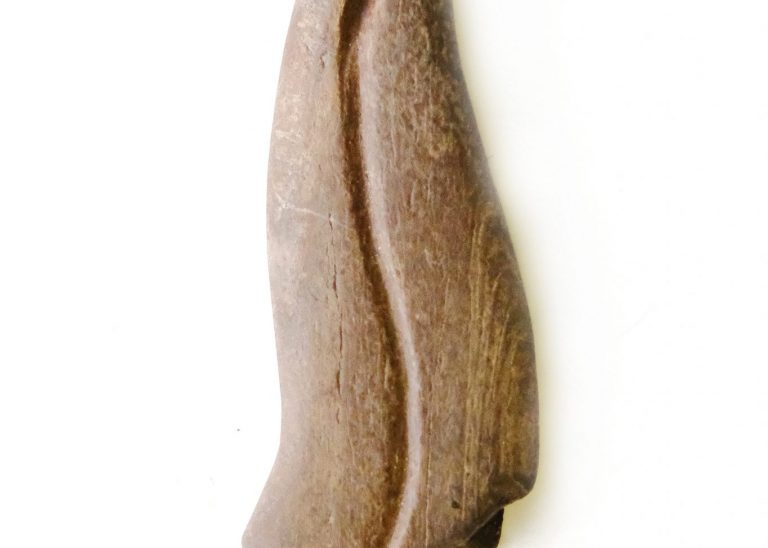 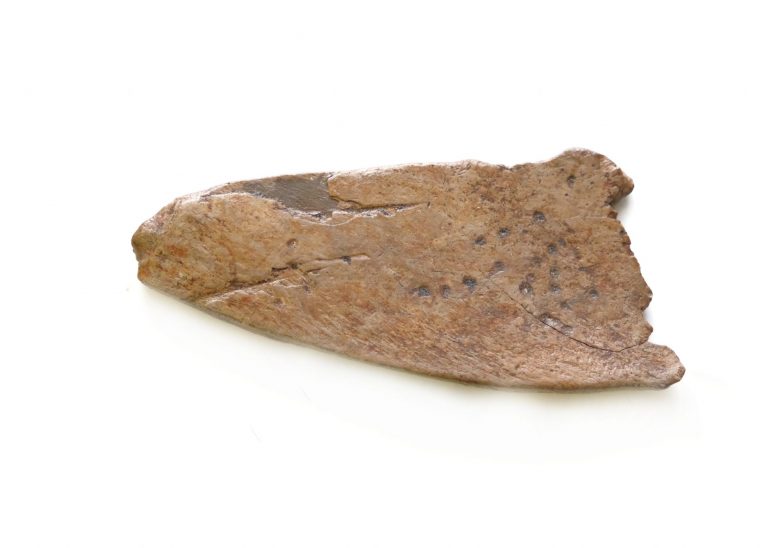 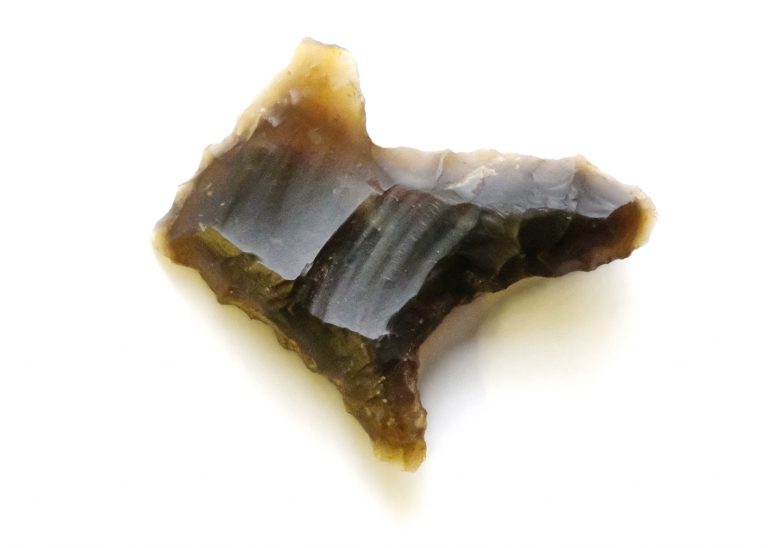